Android Kattappa, the title itself is very unique and interesting. Even the first look of the movie gave us an extremely fresh and new feel. This movie has two perspectives one would be that humans are getting really used to technology which will eventually affect humans only. And there is another thing as well that people who are not used to technology say that it’s not harmful. Everything is based on how we use the technology and grow as a better person. Comedy movies online like Android Kattappa and many more interesting movies are available on Aha. New Telugu movies online are really enjoyable and innovative. 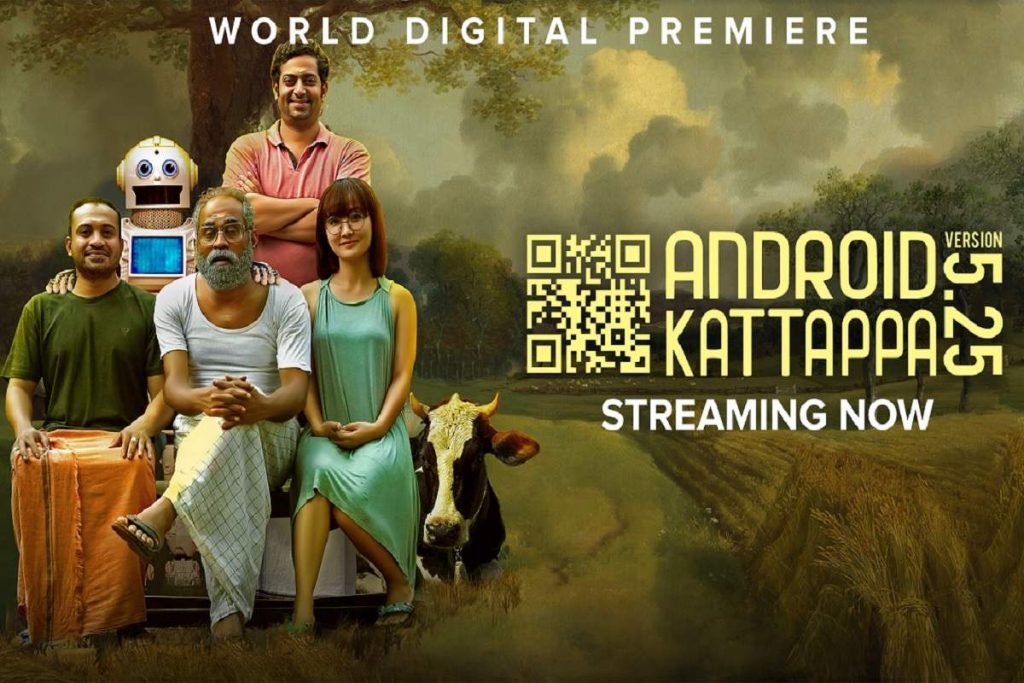 Android Kattappa is beautiful which is the most important thing that people need to know right. Everyone is so addicted to technology that they can’t even imagine a life with the involvement of technology. So this is the story of a father and son who have a vast difference in the perspective of technology. BhaskaraPoduval is a strict man who decided not to use technology, all the things he does are complete man made and organic. And his son Subramanian is an engineer who has to deal with technology.  Bhaskara doesn’t let Subramanain any kind of gadgets at home for the household. Son gets fed up with this and wants to go to his job in Russia but he can’t even leave the father alone. He thinks he should leave a companion for father and leave. So he gets a robot named kattappa, in first father dines to use that robot but eventually gets connected heartfully. It tells us the connection of technical mind and emotional mind in the movie. The whole village gets amazed to see these people getting close and get excited. Watch the movie to know what’s the situation of the son and after Kattappa gets involved in their lives.

Distributed by: Maxlab Cinemas and Entertainments